How big is your imagination?

Your job will never be any bigger than your imagination makes it. 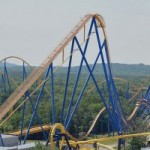 Daniel Burnham, the turn-of-the-century architect and civic planner whose plan for the 1893 Chicago World’s Fair had an enormous influence on contemporary civic design, was quoted as saying, “Make no little plans.” He knew that to achieve great things we must have grand ideas. If you can imagine it, you can create it. And if you can create in your imagination the job that you would like to have, it is possible to create it in the real world.

When the going is hardest, just keep on keeping on, and you’ll get there sooner than someone who finds the going easy. 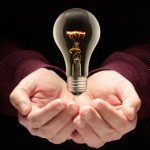 If you think achieving great heights of success will be easy, you either don’t understand at all how the process works or you have your sights set too low. Reaching the top of any field is difficult, time-consuming, and often tedious.

The reason it isn’t crowded at the top is that most people won’t do the things that are necessary to achieve success. They are all too willing to give up when the going gets tough. If you need inspiration to persevere, read the biographies of men and women who have achieved greatness in their lives. You will find that they prevailed because they refused to quit. They continued to toil alone long after the masses had given up and gone home.

Posted July 17, 2020 by admin in category "Matter of Perspective