If you are an American citizen,you live in the greatest country in the world.

The United States is the great experiment in positive thinking; our entire system of government is based upon faith in the inherent goodness of the individual. It was a revolutionary idea more than 200 years ago when the Declaration of Independence was first signed. Borrowing from the greatest thinkers in history, our founding fathers established a form of government of the people that is today the model most imitated around the world. 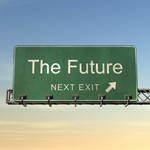 Economic and political conditions ebb and flow, but as long as we have a democratic society that celebrates the individual, we can achieve anything in life we desire.

All you require to be successful in the United States is the desire to achieve success and the determination to stick with it until you reach your goals.

Posted November 4, 2020 by admin in category "What Really Matters