Time to burn the boats? 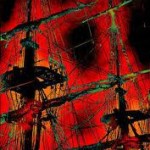 Julius Caesar had long wished to capture the British. He sailed to the British Isles, quietly unloaded his troops and supplies, and gave the order to burn the ships. He then called all of his men together and said, “Now it is win or perish. We have no choice.”

With that single order, he guaranteed the success of his campaign. He knew that people who have no other alternative — or will accept no other — always win.

If you find yourself in a situation where victory seems impossible, you may benefit your cause by developing an alternate course of action. Einstein famous said, “It is impossible to solve a problem with the same thinking that created it”.

There are very few problems in life that are impossible to solve, and few obstacles that will not eventually give way to a determined, motivated person with a plan that is flexible enough to cope with changing condition.

So how do you start?  With positive thinking.  You must feel you can do it because if you think you cannot – you will definitely be right!

It is a physical impossibility for a negative mind to generate positive thoughts. When you allow yourself to dwell on the negative aspects of life, negative thinking expands to fill all of your thoughts until there is no room for positive thoughts to grow. It becomes an endless cycle.

Start small at first. When you first hear that inner voice that says, “I can’t do this,” put the thought out of your mind immediately.

Instead, concentrate on the task itself. Break it down into manageable parts and complete them one at a time. When the job is finished, tell your doubting self, “You were wrong. I could do it, and I did!”

Posted December 18, 2020 by admin in category "Matter of Attention

People often say that this or that person has not yet found himself. But the self is not something one finds, it is something one creates.
Thomas S. Szasz