The mirror shows us who we meet!

If life is a mirror….do you meet pleasant or rude people? Politeness usually begins at home or it doesn’t begin at all. 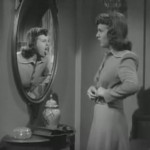 Politeness to others is usually born out of respect for the individual, which you learn as a child. When you are treated with respect by other members of the family, you learn to respect them as well.

The self-esteem that results from being recognized as a unique person by the people who matter most to you helps you develop the confidence necessary to succeed later in life. Politeness and consideration for others are habits that — once developed — usually stay with you for a lifetime.

While common courtesy may seem relatively insignificant in the grand scheme of things, it is a reflection of more basic values. More important, if you develop the habit of respecting others, you are likely to command respect from them.

What a better world this would be if we worked together in harmony toward the achievement of our shared goals instead of engaging in petty disputes and turf battles. 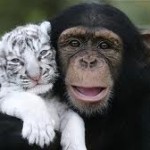 When you allow yourself to be dragged into personality conflicts, game playing, arguments about who gets the credit, and disagreements about trivial issues, they only drain your energy and sour your attitude. Plus you waste valuable time that could be spent on far more important matters.

When you make an effort to understand others’ motivations, you may well discover that your opponents have far more in common with you than you think. When you cage your ego and look at the situation from the other person’s point of view, you can almost always find a way to work together for your mutual advantage.

Sometimes it is wiser to join forces with opponents than to fight them.

What we do not see, what most of us never suspect of existing, is the silent but irresistible power which comes to the rescue of those who fight on in the face of discouragement.

Schoolchildren sometimes play a game called “Honesty.” The rules are simple: For a designated period of time, the participants must tell the truth regardless of the subject. They then ask each other leading questions such as, “Do you like my hair?” “Do you think Lindsay is cute?” Inevitably someone gets angry when he or she discovers that these friends had been shading the truth, telling “little white lies,” to spare the person’s feelings. Even when the game is over, its lessons are not soon forgotten.

Being honest with others doesn’t mean being brutal. It isn’t necessary to tell people everything you don’t like about them under the guise of being frank with them “for their own good.” Sometimes it’s better if we don’t know every person’s innermost feelings about us. Respect for another’s self-esteem often means telling them too little truth instead of too much.

Posted January 16, 2021 by admin in category "Matter of Caring