You must FEEL out your thoughts!

Control your own mind, and you may never be controlled by the mind of another. 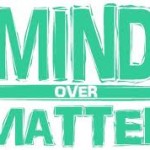 The mind is the most powerful weapon known to man. It simply cannot be controlled or contained by an outside force, however formidable that force may at first appear. Throughout history, tyrants have tried to control those who opposed them, but eventually these rulers discovered the power of the imagination was far greater than the threat of the sword. As Victor Hugo said, “An invasion of armies can be resisted, but not an idea whose time has come.”

The old adage, “If you can’t say something nice about someone, don’t say anything at all,” is especially valid today. 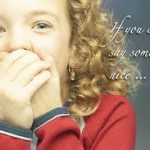 In any organization, regardless of size, the rumor mill works overtime when it comes to negative gossip. And you can be sure that unkind things you say about others will very quickly find their way to them, for it is also a truism that those who talk about others to us talk about us to others.

Each of us has a finite amount of time, energy, and money; you must choose for yourself how you will spend them. If you elect to squander your resources by demeaning others in an attempt to advance your own interests, you will soon find that so much of your time and energy has been spent on gossip and slander that you have little time left for yourself. If you deal in malicious information, you’ll rarely be trusted. As the saying goes, “Those who talk about others to us will talk about us to others.”

It is always safe to talk about others as long as you speak of their good qualities.

Not only should you not speak badly of others — you should not participate in conversations in which others do. Spend your time with those who focus on important things, and you will never have to apologize for an unkind word uttered in a moment of weakness.

Your subconscious mind recognizes and acts only upon thought which have been well-mixed with emotion or feeling.

Posted November 6, 2020 by admin in category "Mind over Matter