Sell lemonades to the complainers!

If life hands you a lemon, don’t complain, but instead make lemonade to sell to those who are thirsty from complaining. 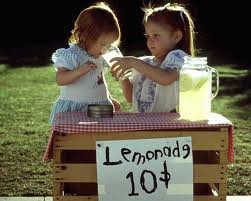 Wally Amos, the man many consider to be the father of the gourmet cookie industry, has turned lemons into lemonade so often in his life that in his official portrait he holds a pitcher in one hand and a glass of lemonade in the other. A perennial optimist, Amos refuses to acknowledge that obstacles are anything other than stepping-stones to success.

In a career that has spanned several decades, he has made it to the pinnacle of success several times, only to lose everything and be forced to start over. But he’s never lost faith. “You have to have the trust and faith to let go and not agonize,” he says. “Don’t waste your time worrying. Worry is not preparation. Analyze the situation and focus on solutions. There is always an answer.” Offer results, not alibis.

There are many people who — perhaps with the best of intentions — make promises they somehow never get around to keeping. These folks have usually developed a number of perfectly plausible explanations for not meeting their commitments; they have become experts at explaining away their failures. 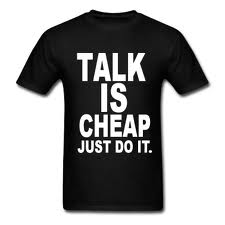 Successful people, though, are those who accept responsibility for their lives. They know that talk is cheap; actions are all that really matter.

When you provide a truly useful service, enthusiastically and in a spirit of genuine helpfulness, success will automatically follow. The world seeks out such individuals and rewards them accordingly.

Posted September 4, 2020 by admin in category "Matter of Perspective